The Olympic games gives people the chance to connect and unite together. To make the local Olympics successful in this area, research on sports that are traditional in North Lanarkshire was done to have a clear understanding of what the people would enjoy. The aim is to encourage people to get involved in the event.

The branding of the local Olympics for the North Lanarkshire area focuses on growth. This is something the area would experience if this type of event had to be held there. The community would grow and become stronger, they would connect and communicate.

The concept taken forward for the design was based on sport movements. Research began by looking at action shots of athletes while performing the sports and capturing a movement from it. From this, I was able to create shapes that have been developed from the sports movements on each of the six sports selected. The shapes have a 3D look which is to look like the body movement but developed using a vector style.

The content used is made up of both motivational words and quotes. These were used to encourage people to compete, support and work in the event. The typography format takes inspiration from the “chaotic typography” style. The design is busy with the type working at various sizes and angles. This idea was used within relation to how the event would be, diverse sports, busy schedule and fun atmosphere. 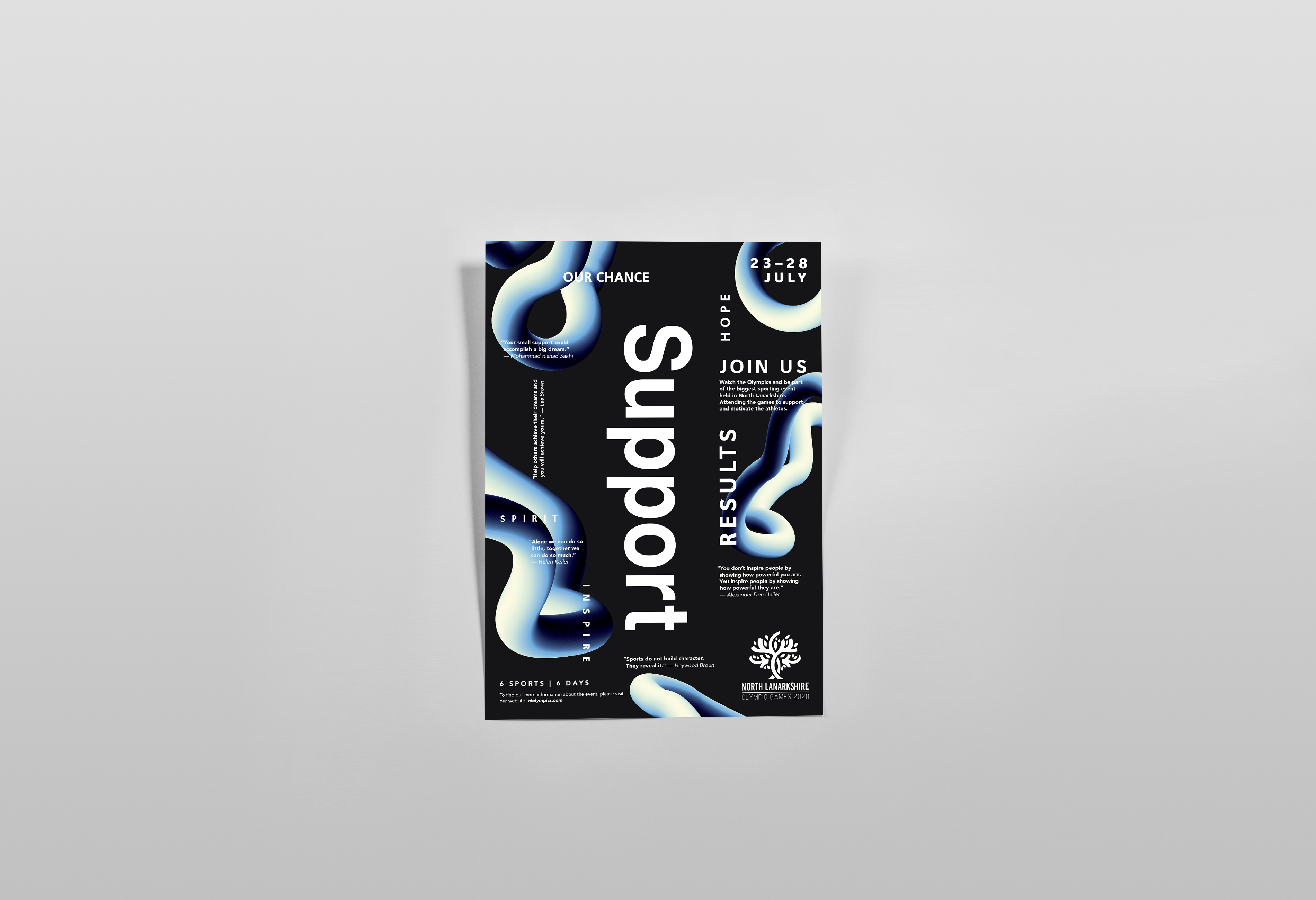 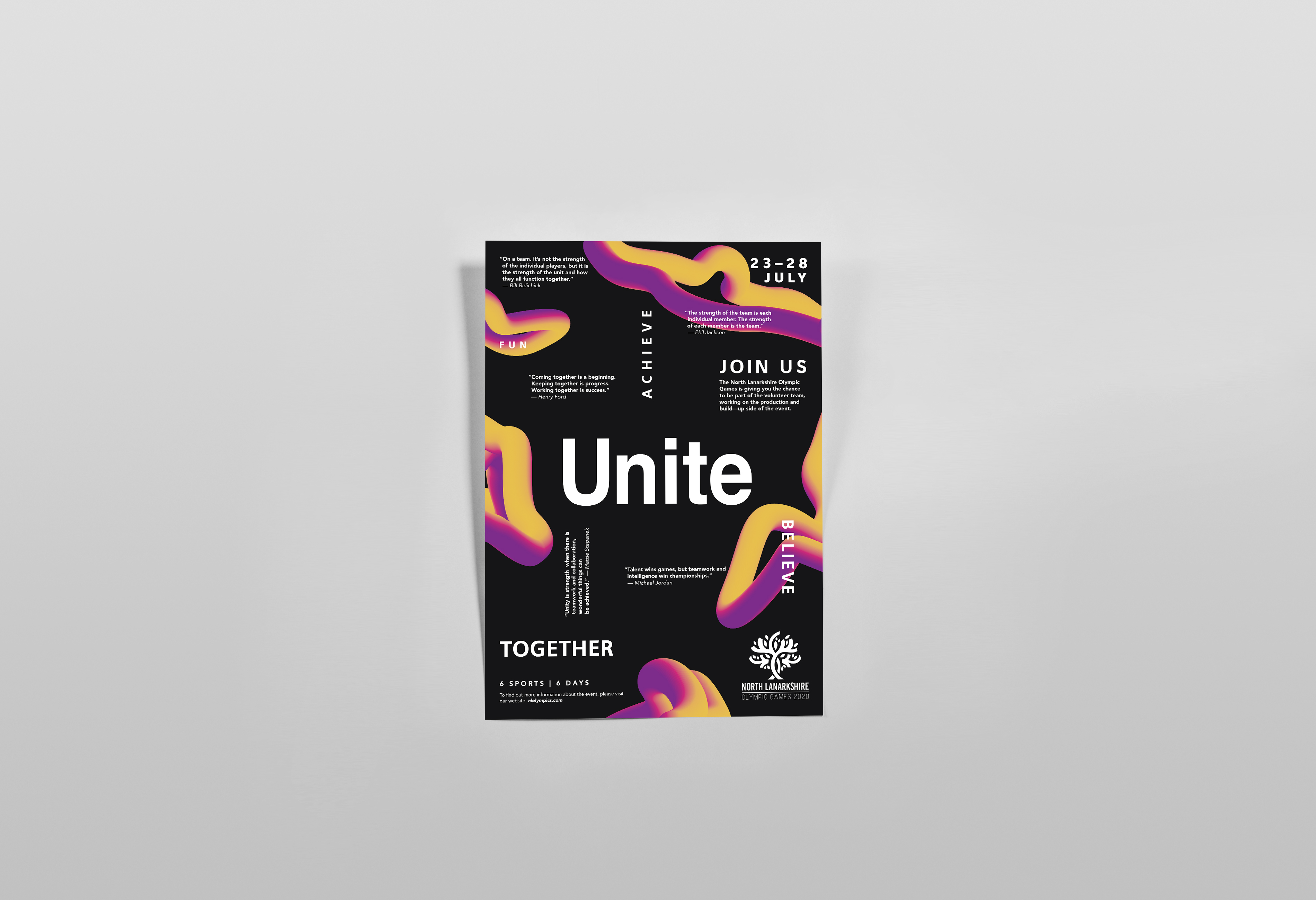 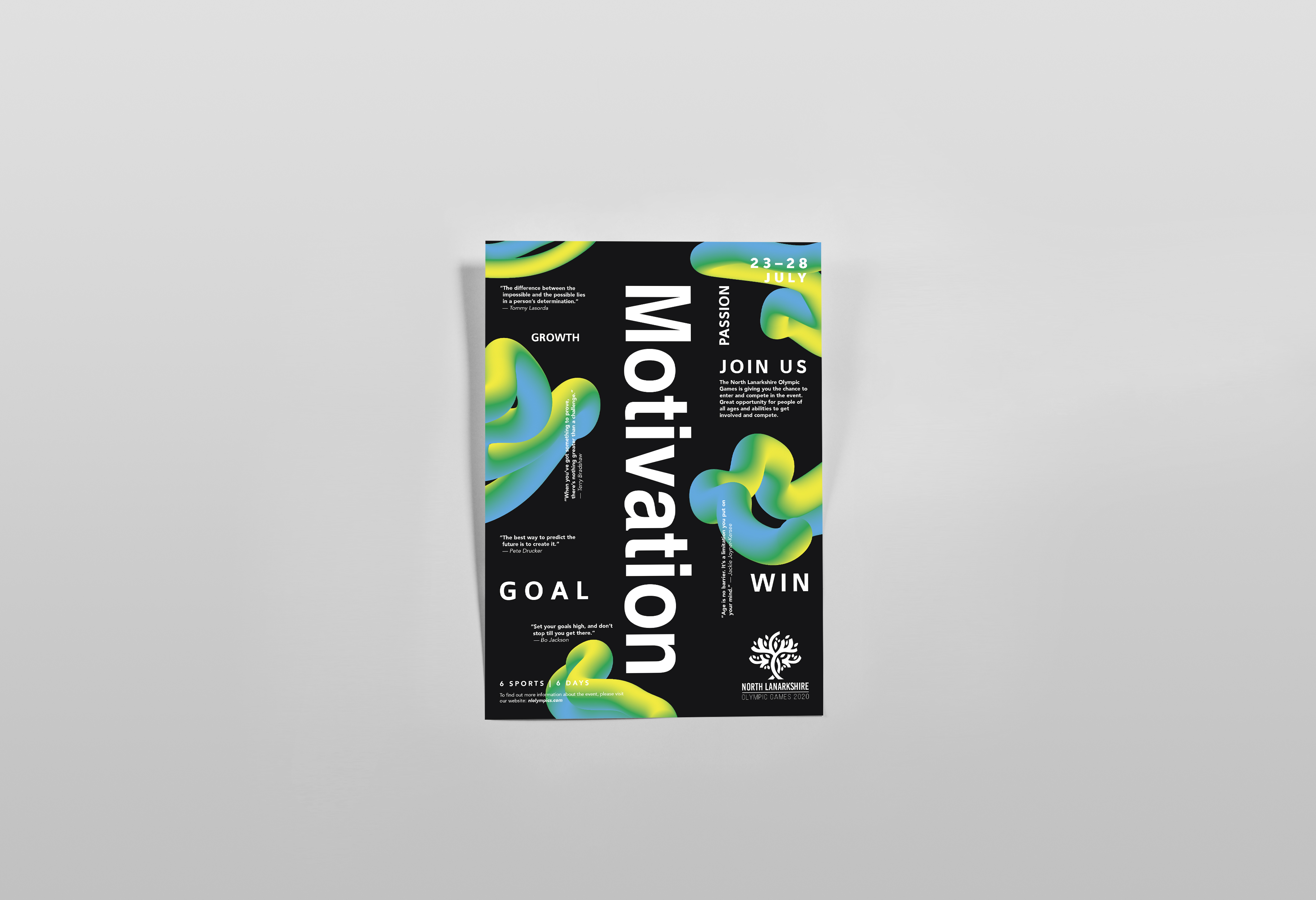