Chá Tea Company is a upmarket establishment, proud to call themselves the makers of premium hand blended teas. The company is based in London but hopes to expand to other cities across the UK within the next few years. The brief for the project was to create an identity for the company which consisted of a logo, cup and stationery design.

The story of tea begins in China. According to legend, in 2737 BC, the Chinese emperor Shen Nung was sitting beneath a tree while his servant boiled drinking water, when some leaves from the tree blew into the water. Shen Nung, a renowned herbalist, decided to try the infusion that his servant had accidentally created. The tree was a Camellia sinensis, and the resulting drink was what we now call tea.

I felt it was important to include the natural influences in the design to show the history of how tea was discovered. The brief highlighted that the word Chá should stand out more than the tea co. The vector icon is displayed in the form of a leaf with a Chinese influenced pattern on top. I used navy blue and white as these colours are popular in Asian culture and show the pureness of the company. 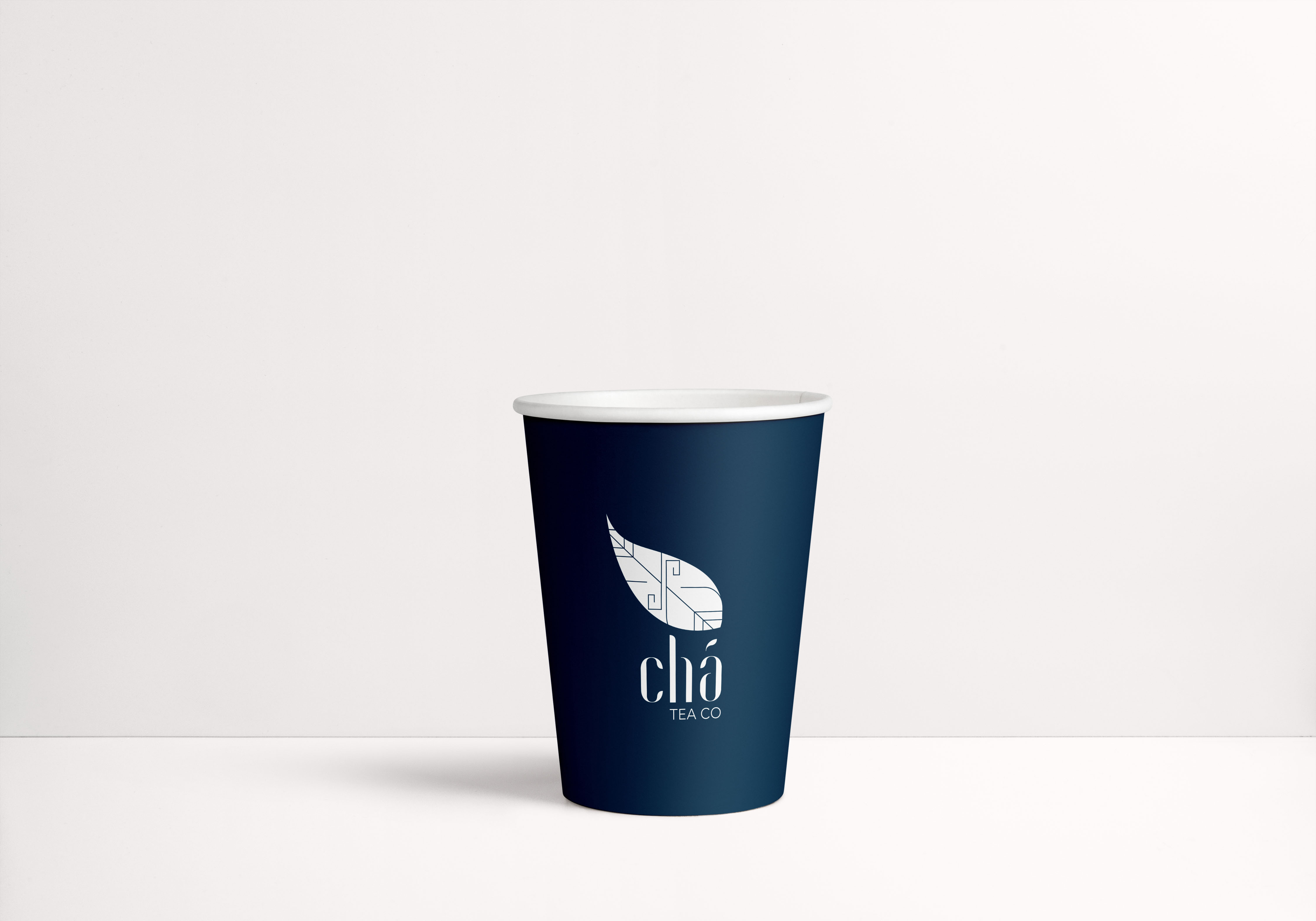 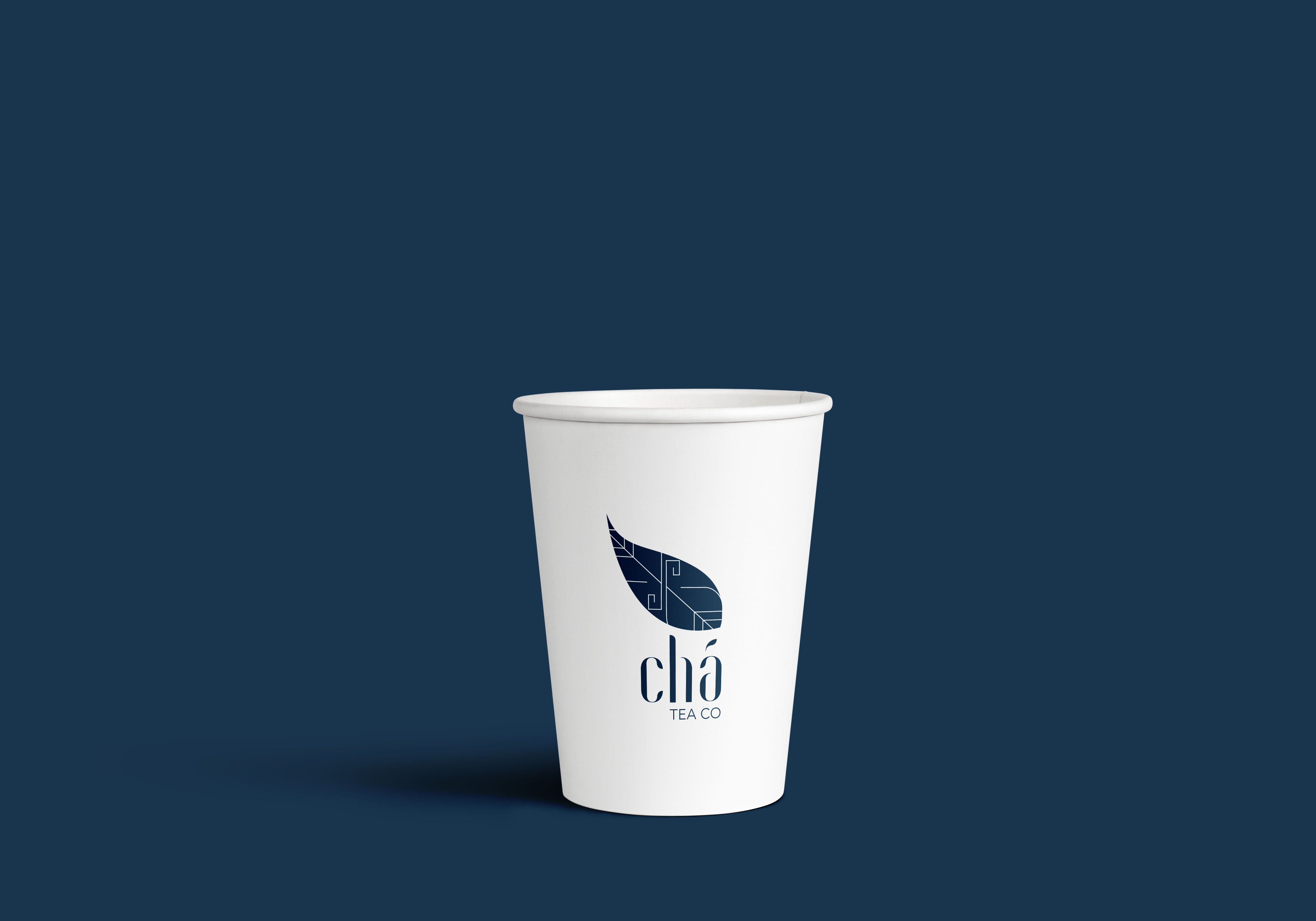 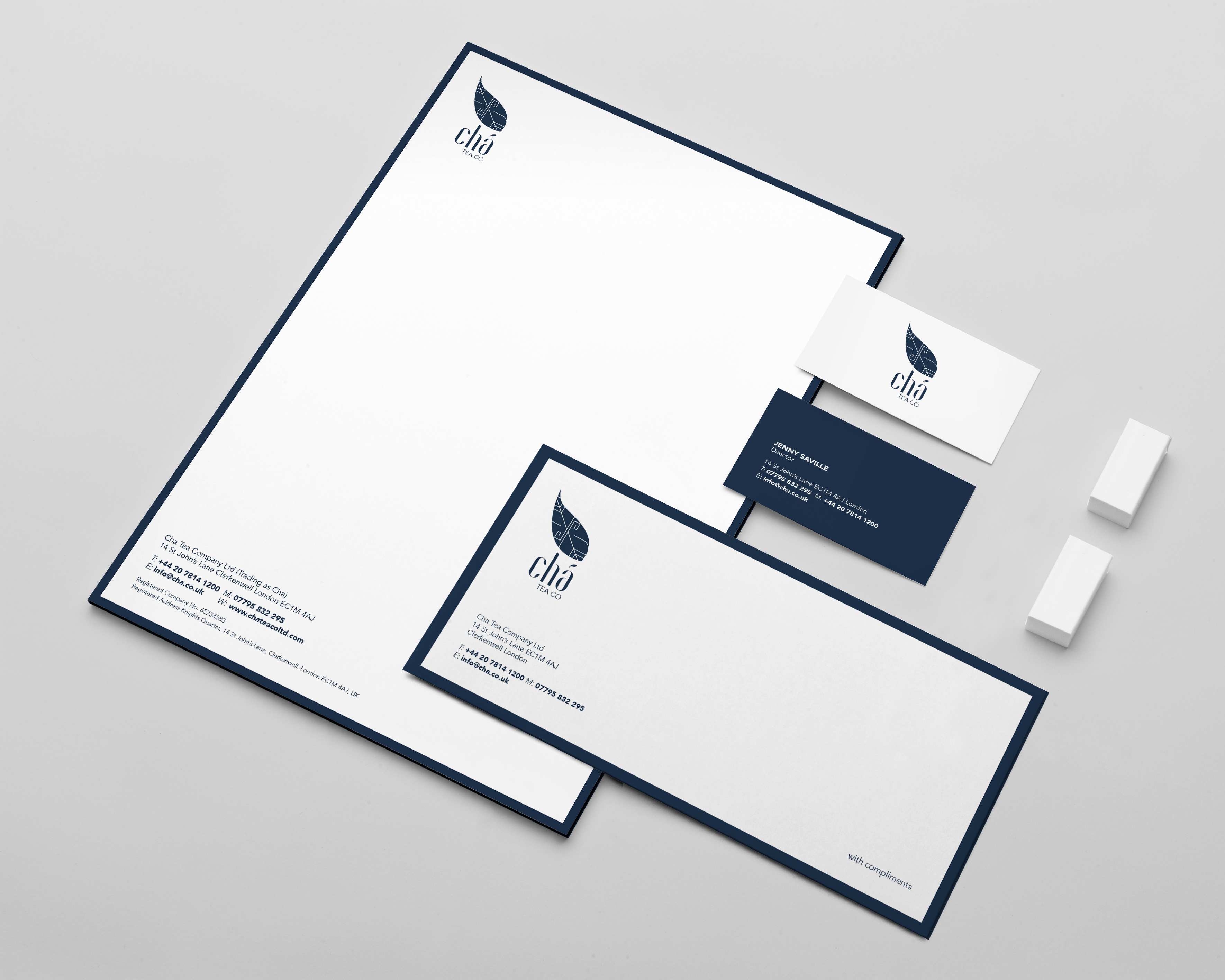